Despite all the challenges that 2021 brought, we can say that we had a successful year at Agora Aveiro. Here is a glimpse of what was our year! 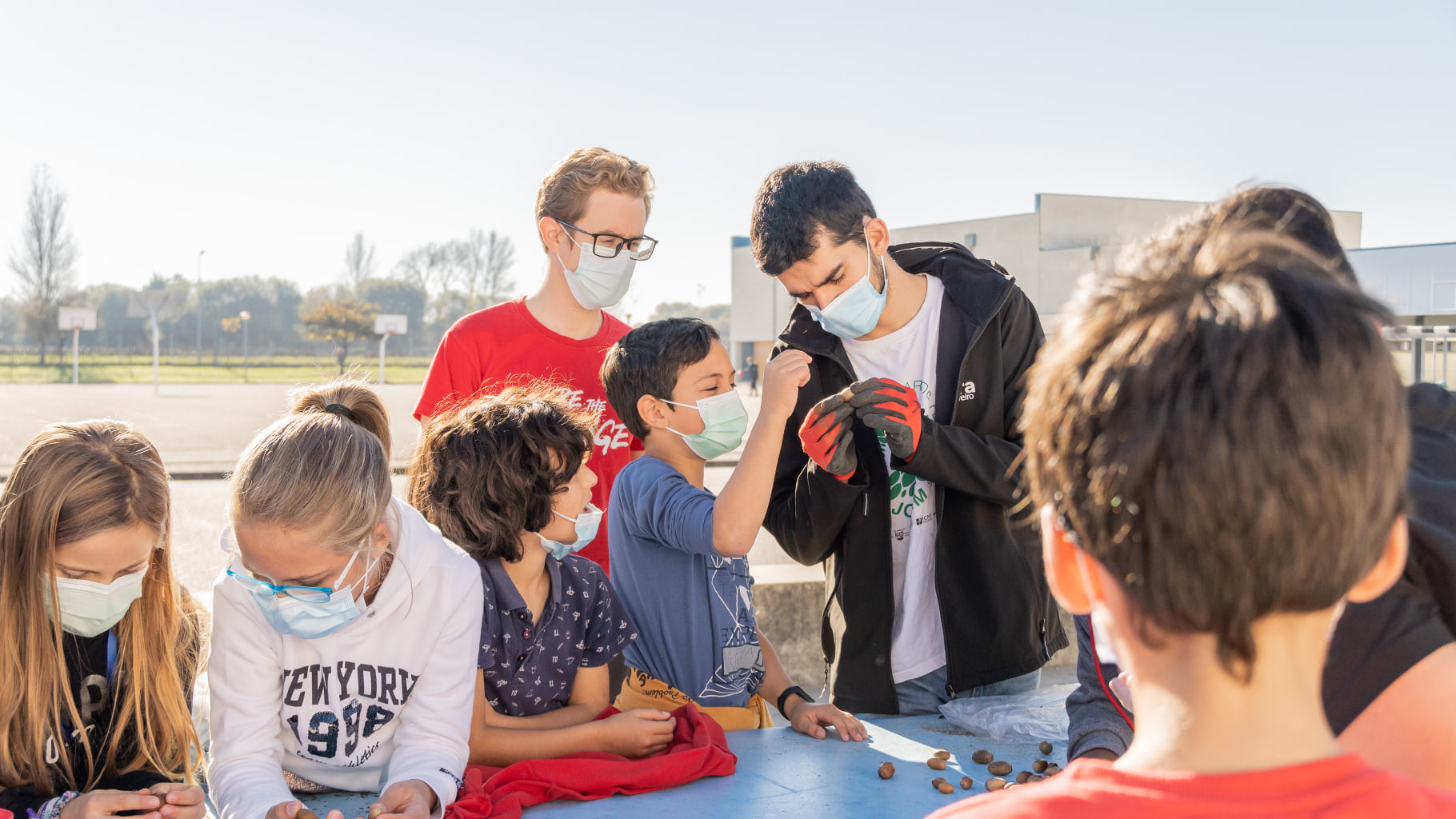 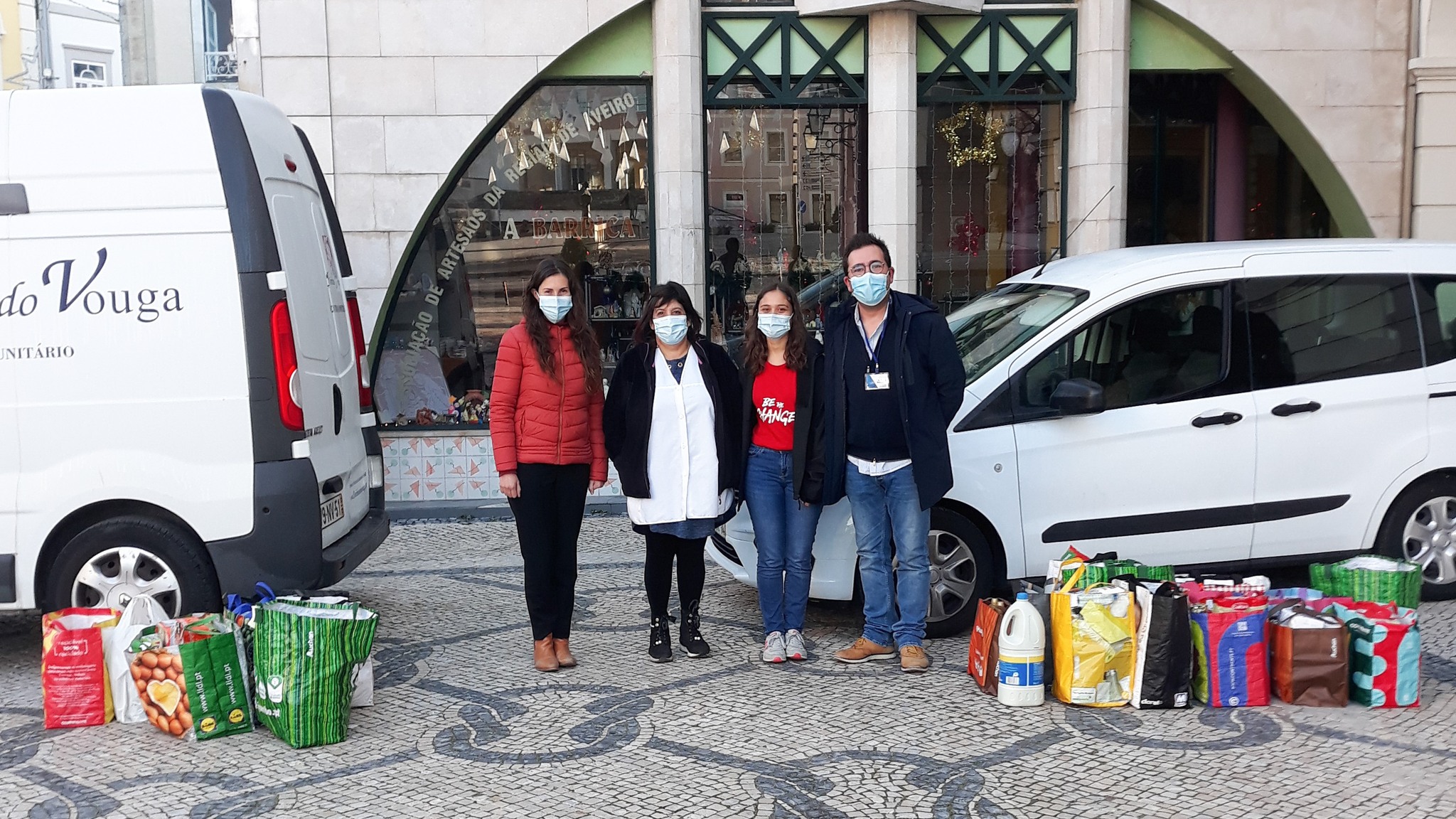 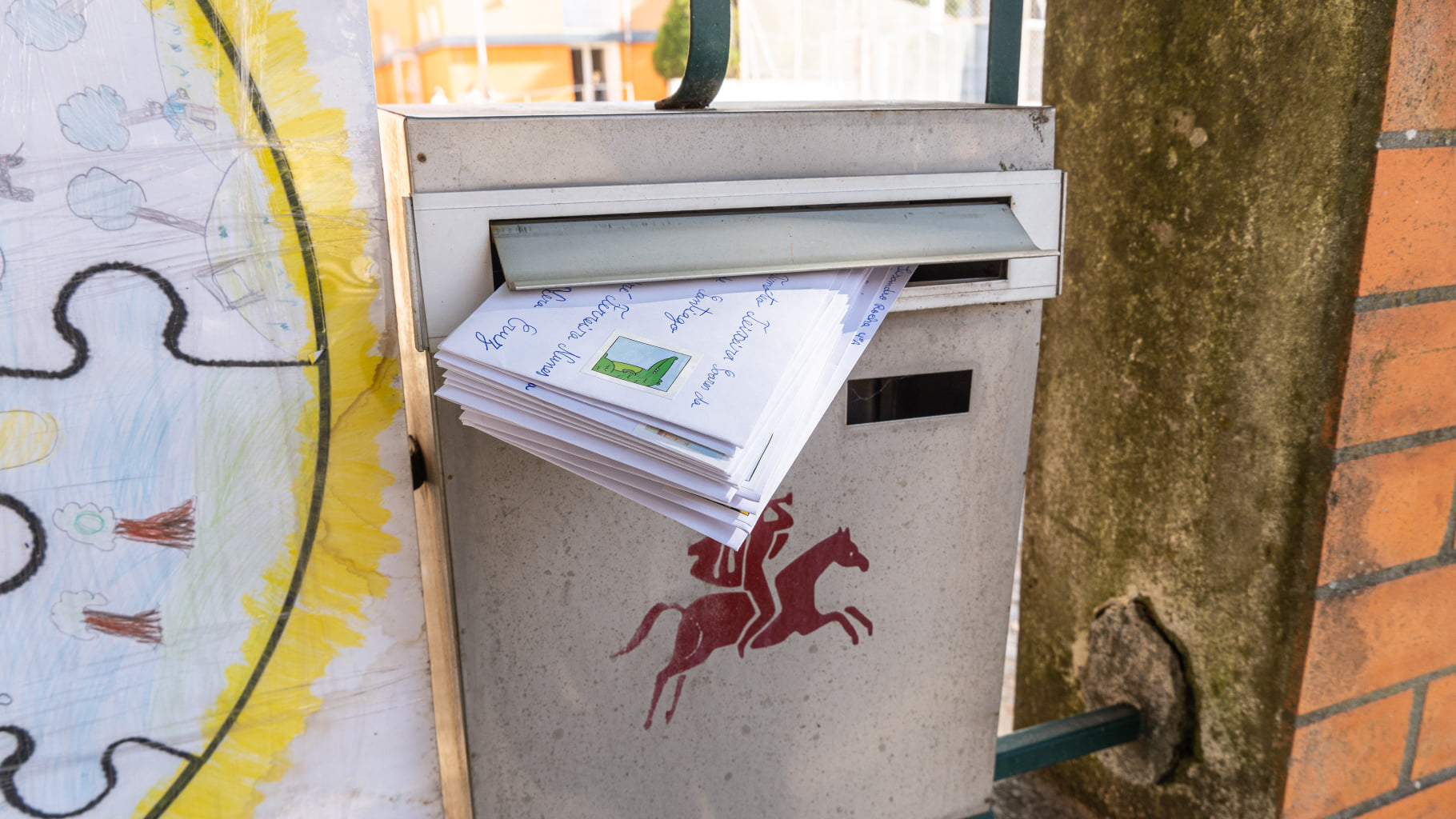 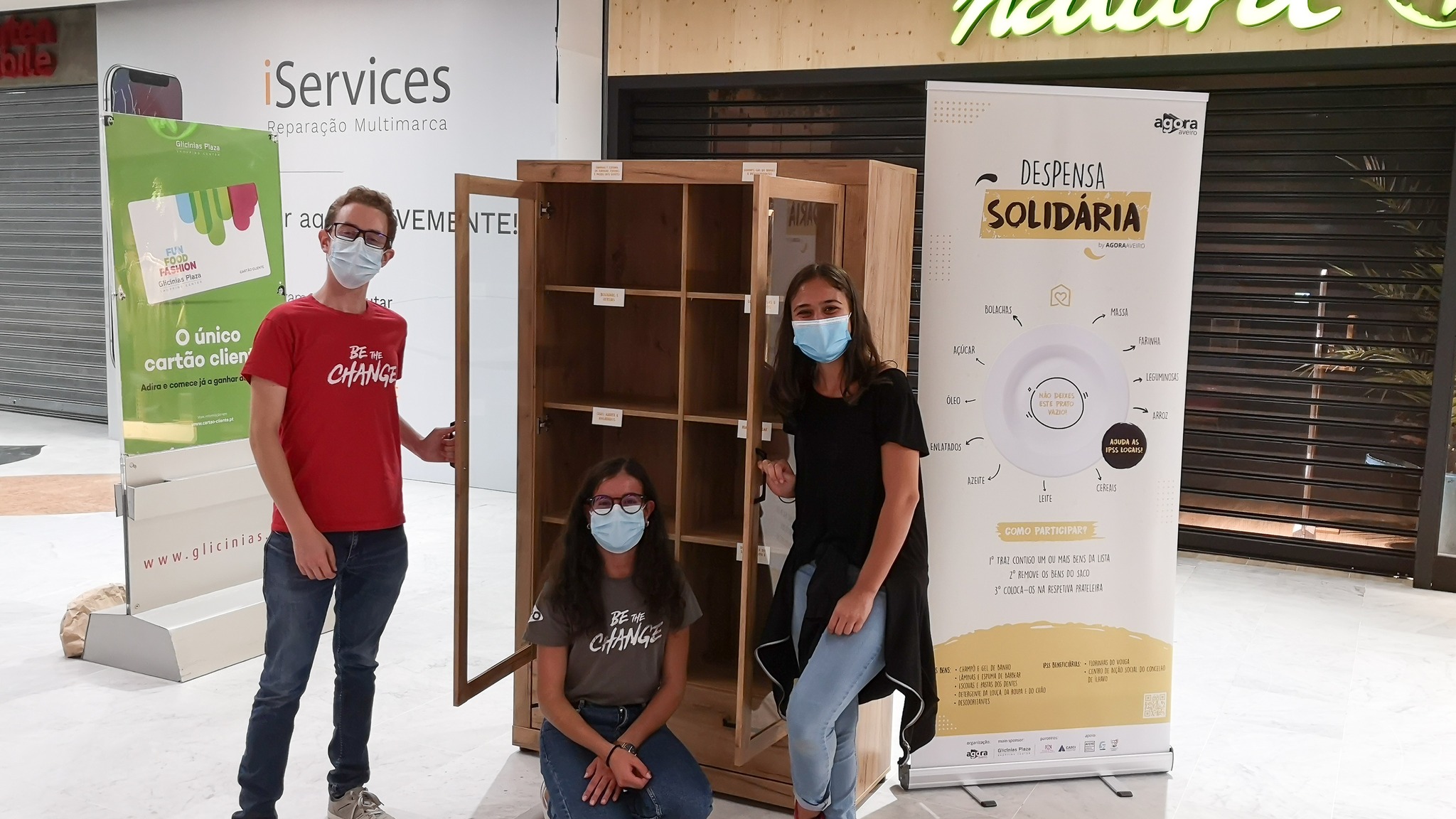 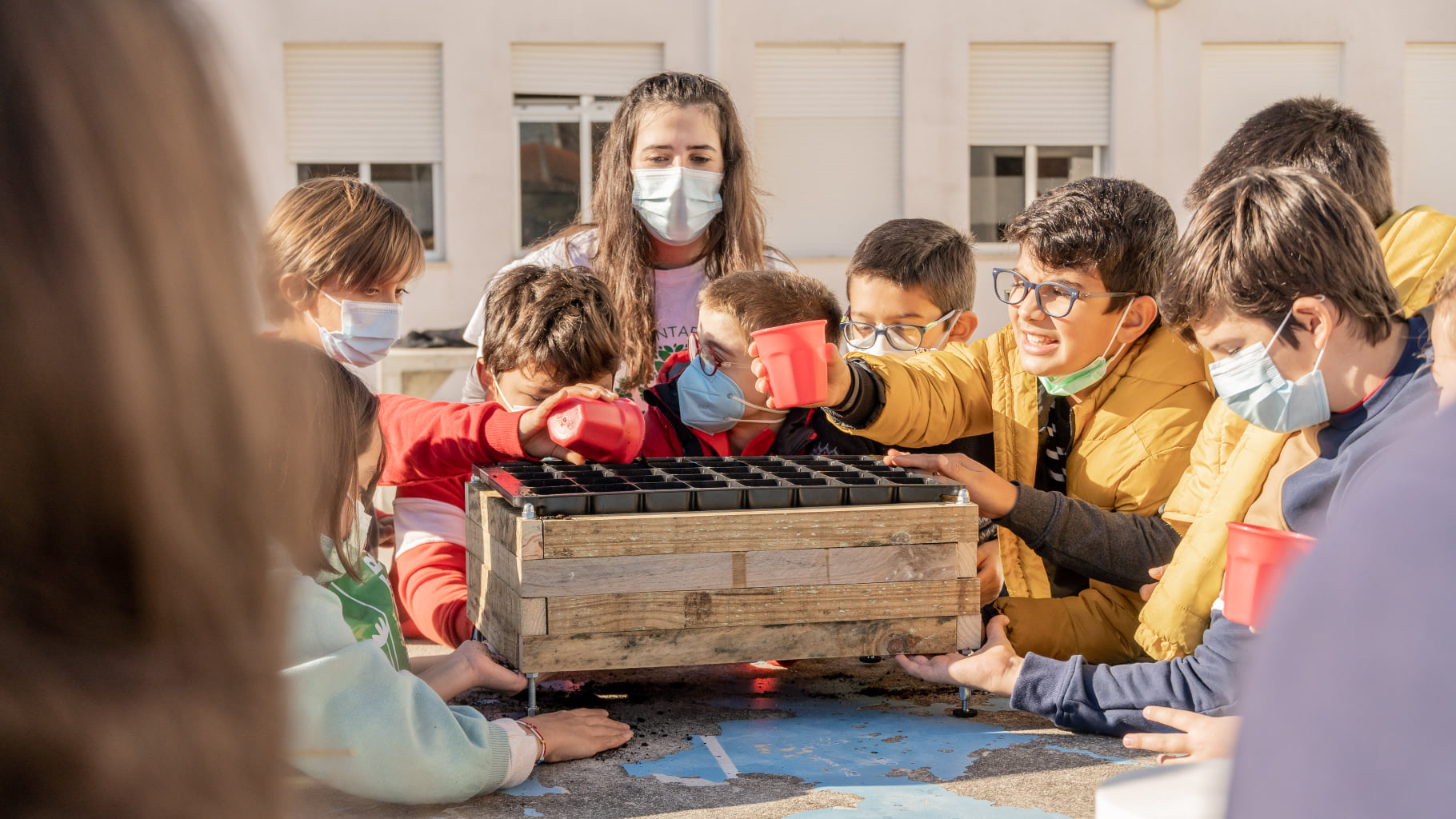 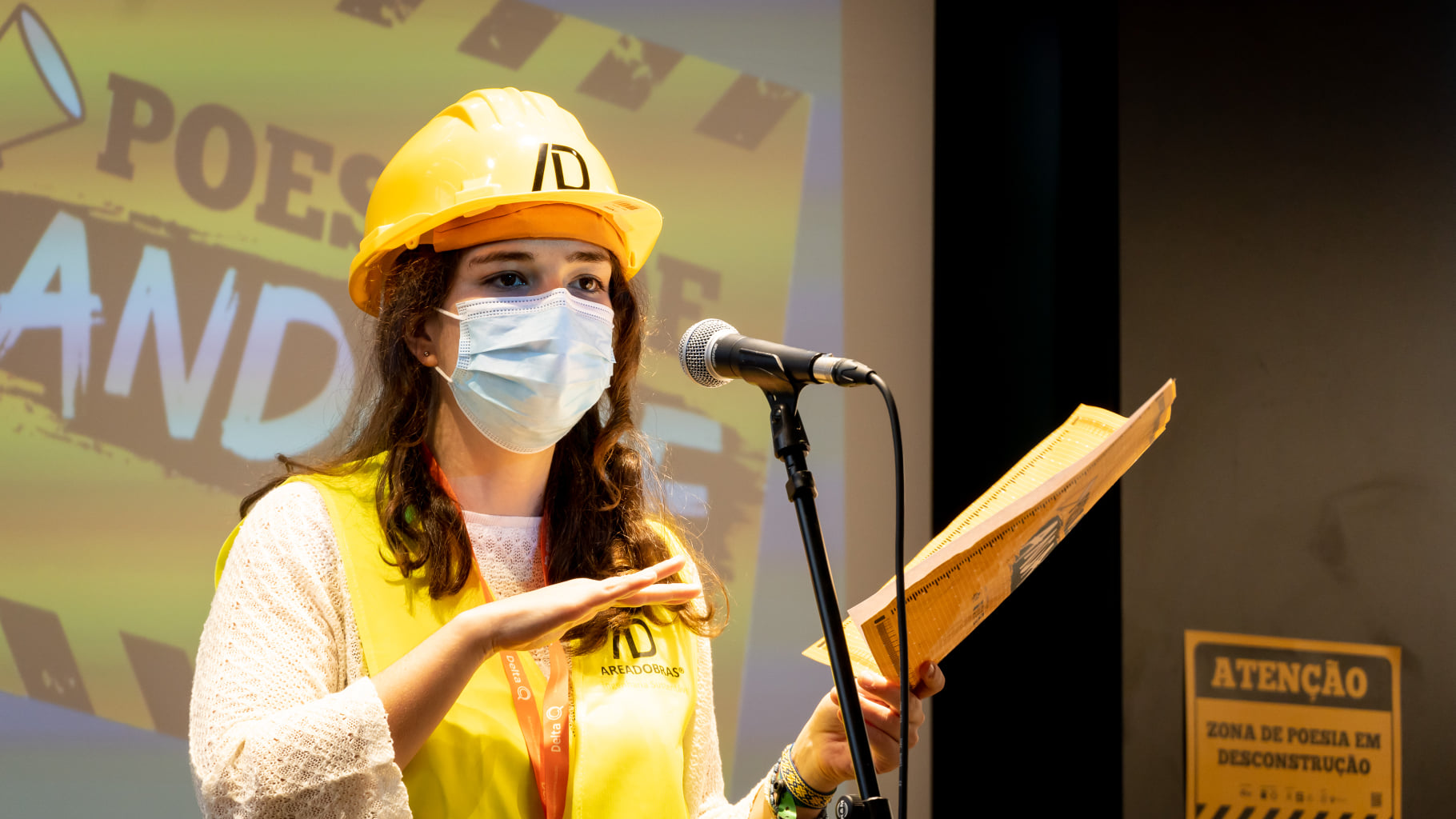 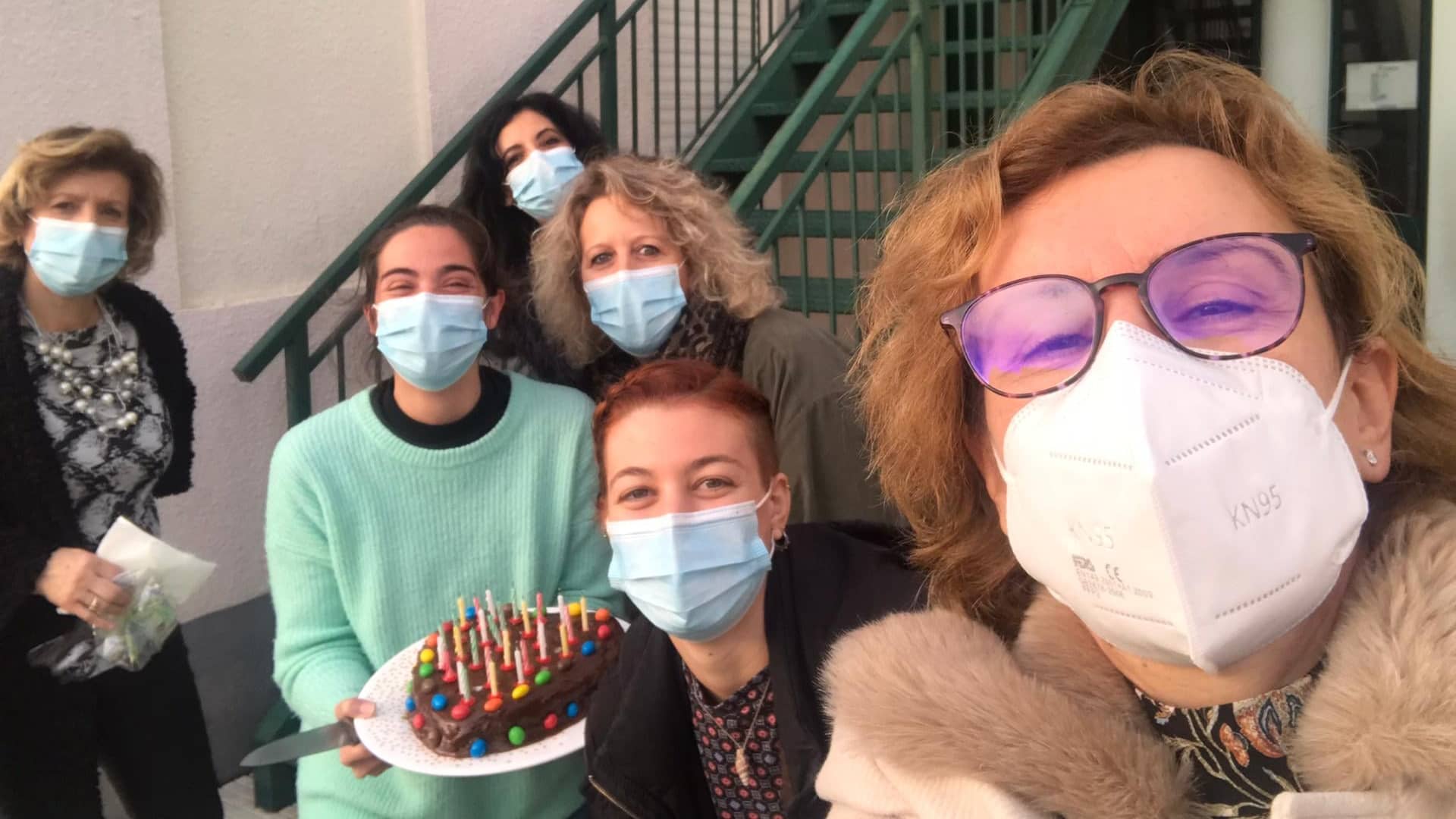 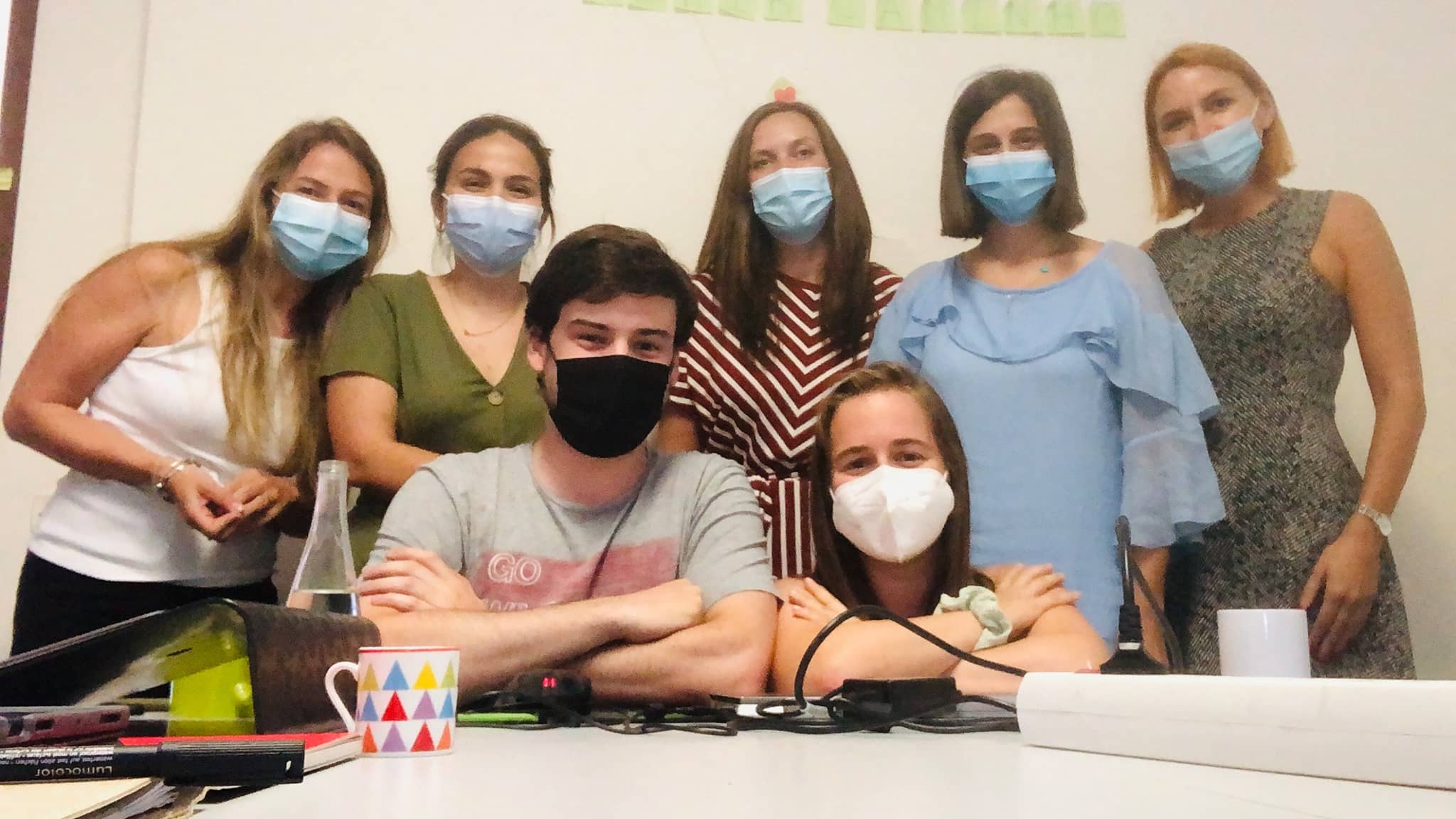 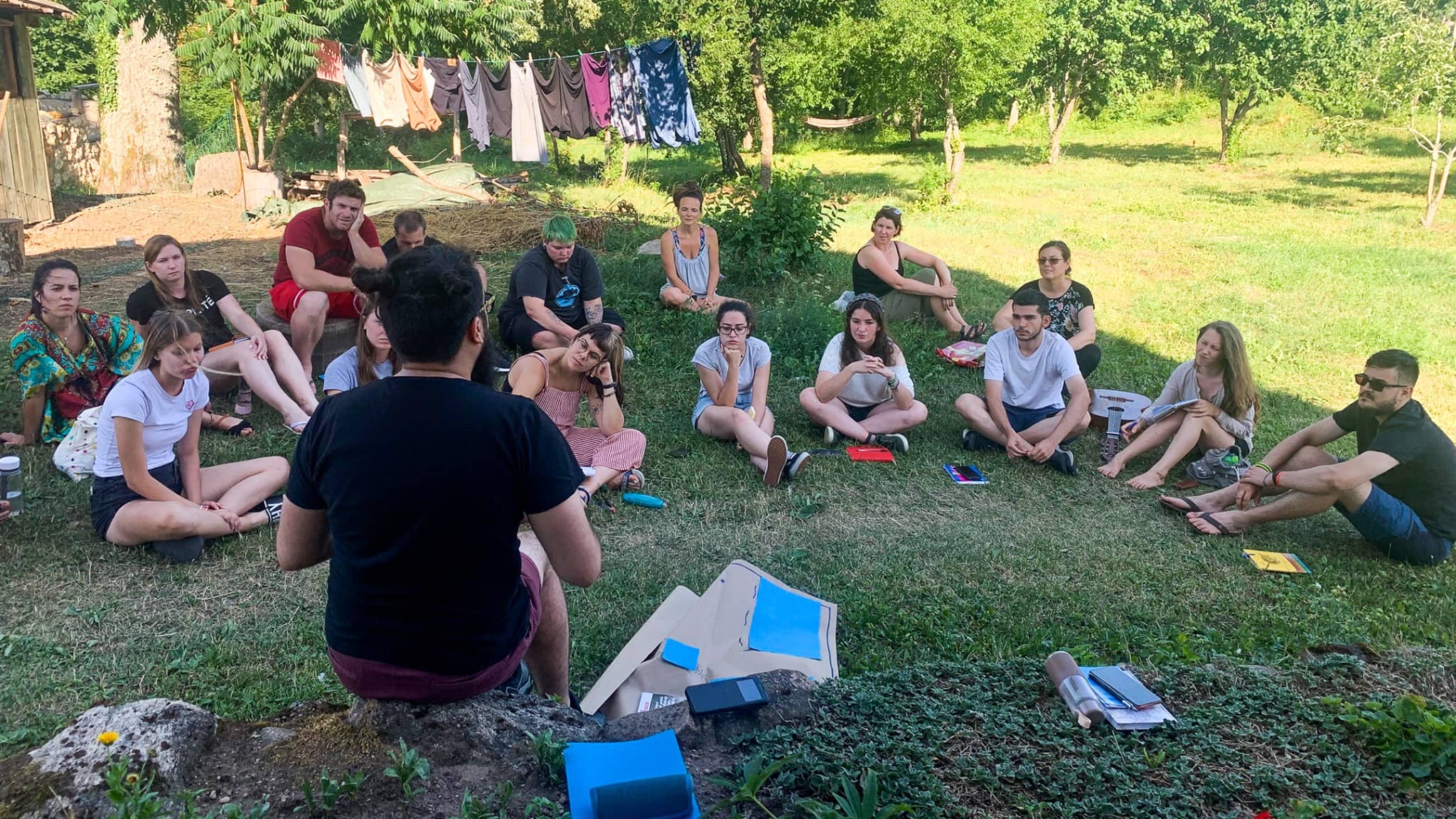 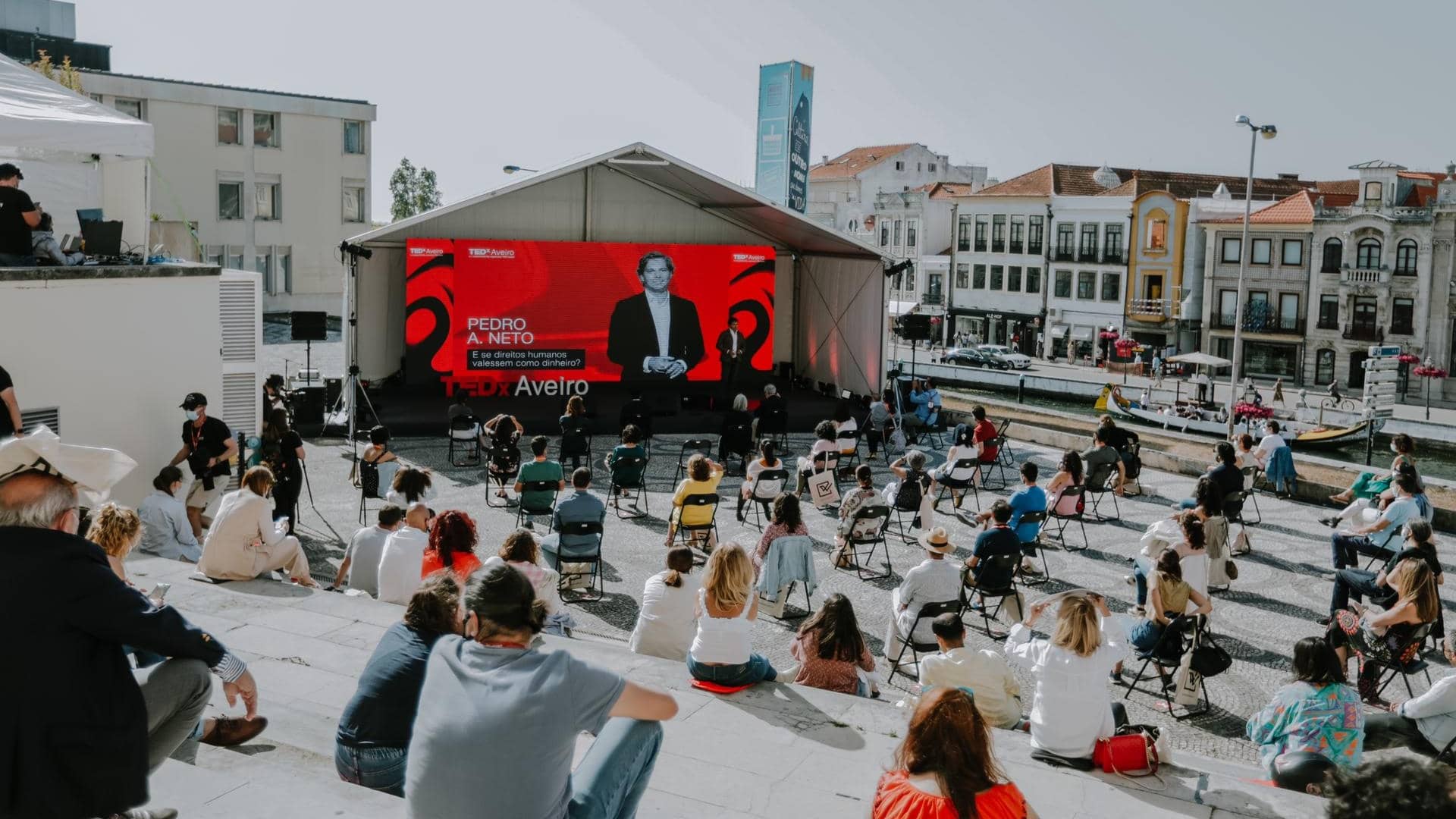 We opened the year with "Valentino", this time a little more serious and with fewer hearts and roses, raising awareness for the need to review relationships and what is, or is not love. While we were still at home, and with a little warm-up for all the action that the year would bring us, the workshops of "Oficina de Teatro Experimental" (Experimental Theatre Workshop) began, motivating us to keep exploring new forms of expression.

In April we had our first major Erasmus+ project on strategic partnerships, through which we joined with partners from Serbia, Croatia, and Germany to share good practises regarding inclusion, as well as making our local communities more welcoming. In this same light, at the local level, we put our wardrobe from the project "Precisas? Então Leva!" (Do you need it? Then Take It!) visiting schools to collect clothing and hygiene goods for the users of the local IPSS (“Instituições Particulares de Solidariedade Social” - Private Institutions of Social Solidarity). And there was no escaping a little culture on the streets, as our "Underground Division" marked World Book Day, leaving some lives waiting to be read on the streets benches.

In May, with the days getting warmer, we went to the beaches for the "inauguration" of "CleanUp Aveiro". Combining a nice walk with the grains of sand massaging us, we did what was our first beach cleanup. And since the weather was inviting, we took advantage of the ride and went for a walk with some dogs with "Projeto Au-Au" (Woof-Woof Project).

By June, we launched "Mapa Solidário de Aveiro" (Aveiro's Solidarity Map), a document that gathers information about several relevant institutions in Aveiro, and its surroundings in which you can do volunteer work. Also in June, our "Guardiões da Natureza" (Nature's Guardians) came out of the den and went around the park exploring science with kids and adults alike.

In July, after having for the first time a year break, TEDxAveiro came back! It was an open-air event, with a smaller audience, to respect the rules related to COVID could be respected, nevertheless, full of food for the mind and ideas worth spreading.

In August, we welcomed our international partners for a brief transnational meeting in Aveiro regarding the "Building Inclusive Societies" Project. After so much time meeting through Zoom and Skype calls, this meeting was refreshing! We set the plan for our strategic partnership and met a month later in Belgrade for the first of four pieces of training encompassed by this project.

Even though it wasn't easy to travel, in 2021 more than 20 youngsters from Aveiro had the opportunity to participate in international projects, financed by Erasmus+. Our volunteers went to Serbia, Croatia, Latvia, among other countries, to learn something new, share experiences and return safe and sound to Aveiro.

In September, unfortunately, it was time to say goodbye to Barbara and Sofia, our extraordinary CES volunteers, who passed the year contributing with their work at CSP Vera Cruz. Barbara and Sofia have returned to Spain and Greece, however, we know that they kept Aveiro in their hearts and will visit us soon.

In October, it was time to put our gloves on again, this time in Ria de Aveiro, where we found more than just "moliceiros", a lot of what shouldn't be there. This was the 2nd action of the Project "CleanUp Aveiro". Along with that, we had a little peek at the poetic works that promise to happen next with "Poesia de Andaime" (Scaffold Poetry).

November was dedicated to sustainability and our beloved "Plantar o Futuro" (Plant your Future) returned to create new adoptions of small trees. As this was not enough, our "Task Force Bolota" (Acorn Task Force), had a little chat with the younger ones about forests, with a lot of dirt mixed in!

December, at last! We received an "Inspiring Project of the Year" Award from the Erasmus+ National Agency in Portugal. We are very proud that our "Heróis de Aveiro" (Heroes of Aveiro) have been recognized at a national level as a good practice, motivating us to keep participating in the European Solidarity Corps. We organised another cleanup, this time in the city, with an action of Cigarette Butts Collection. After all, we have to throw away what doesn't matter, to enter the new year lightly. And as we couldn't miss, to close the year, we had "Agora Escreve-me" (Now, Write to Me!) promoting interaction between generations. 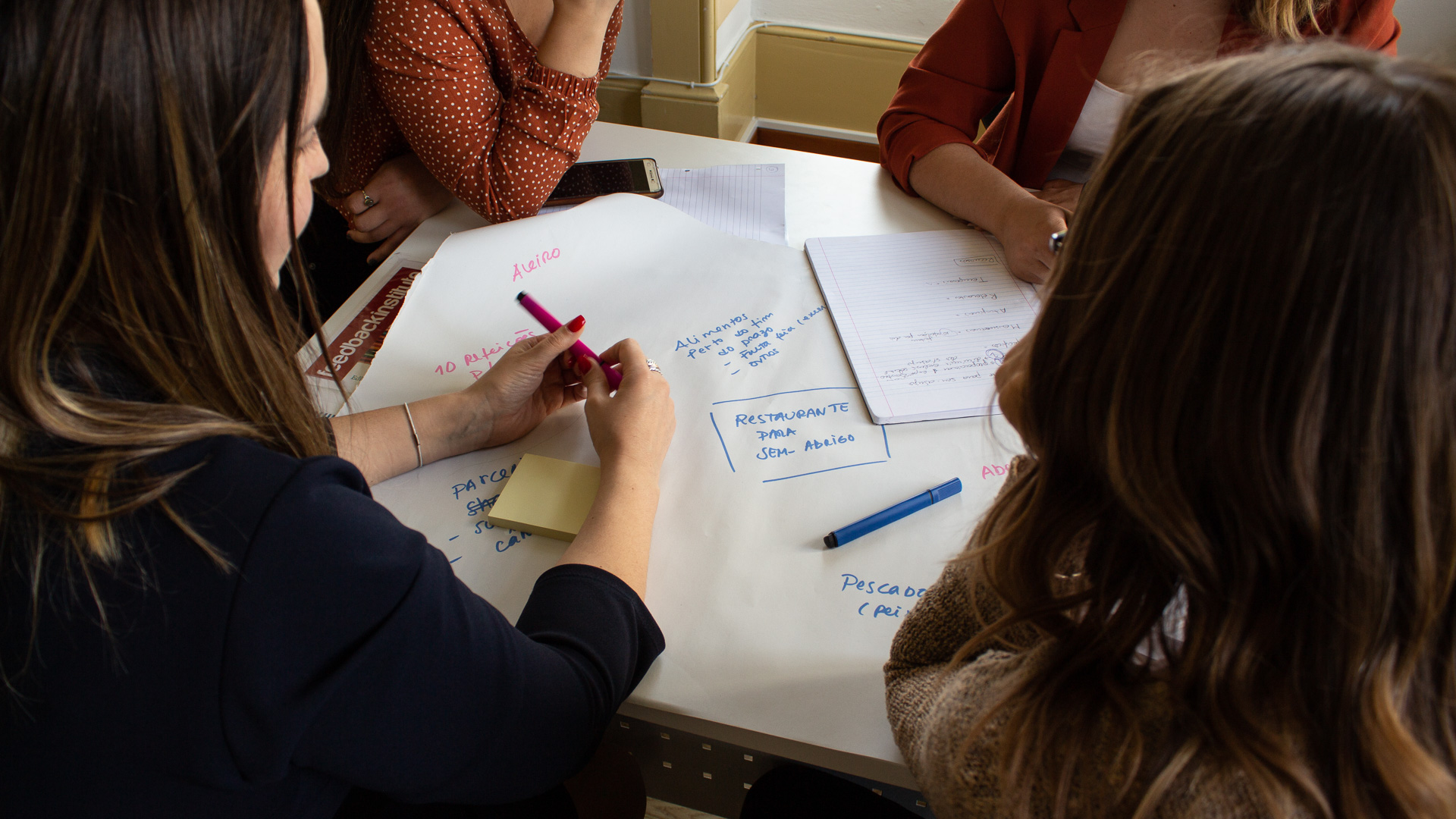 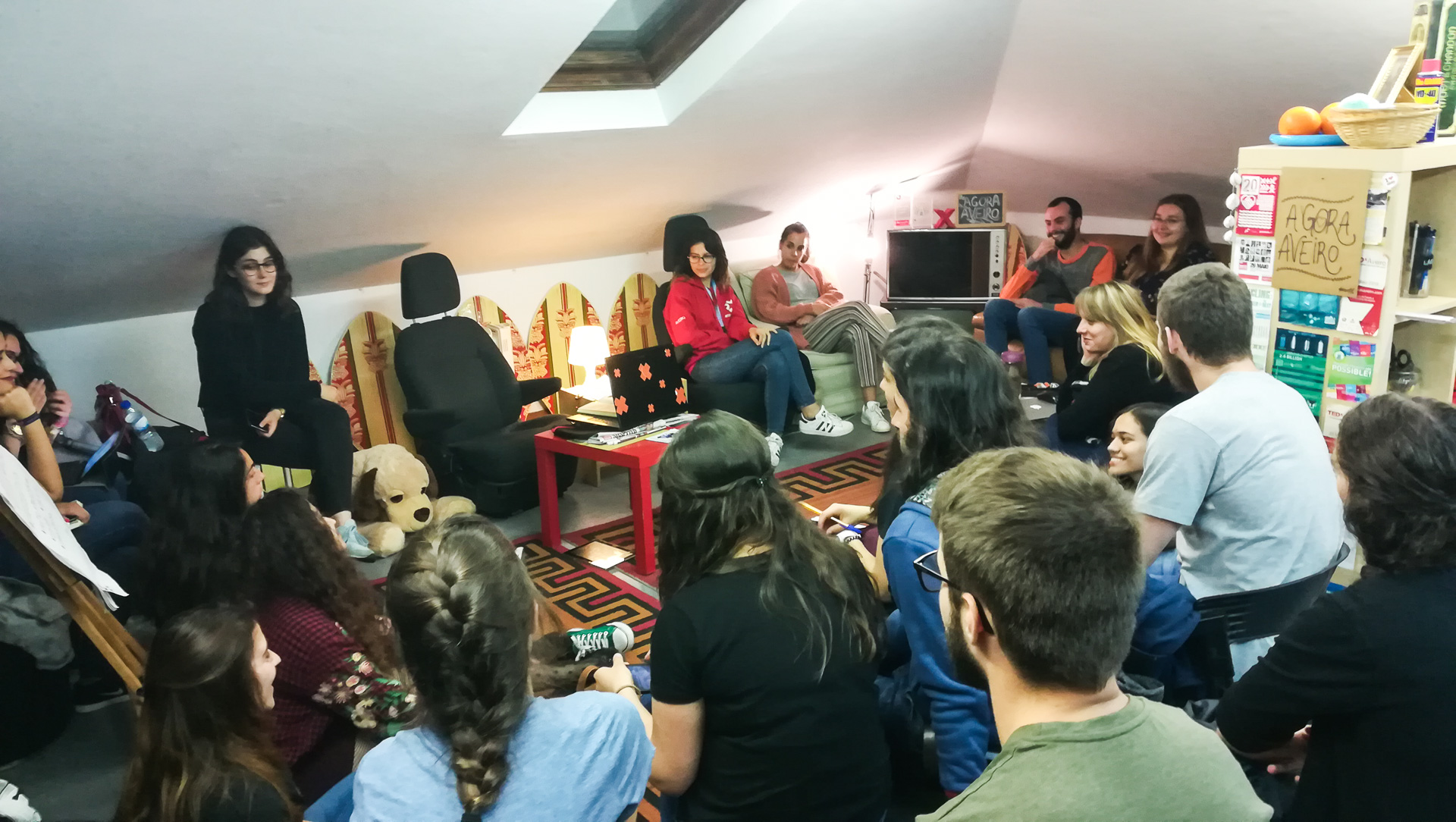 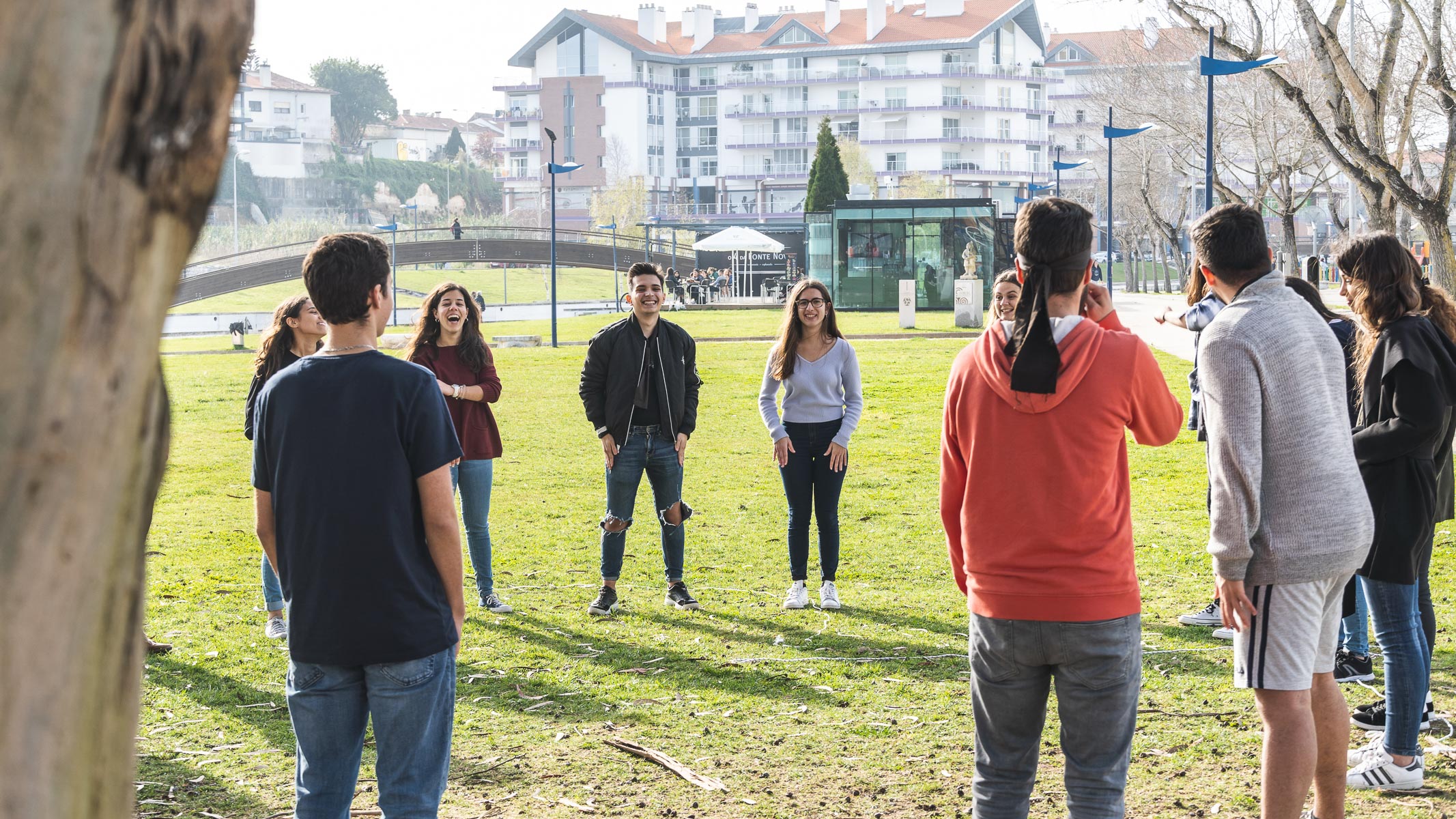 The recruits of tomorrow