Agora went to Plant the Future

This year Agora Aveiro joined the Biology "comissão de faina" and the BioLiving Association for the 4th Edition of "Biology Planting the Future", a project for the defense and promotion of Portuguese autochthonous forests 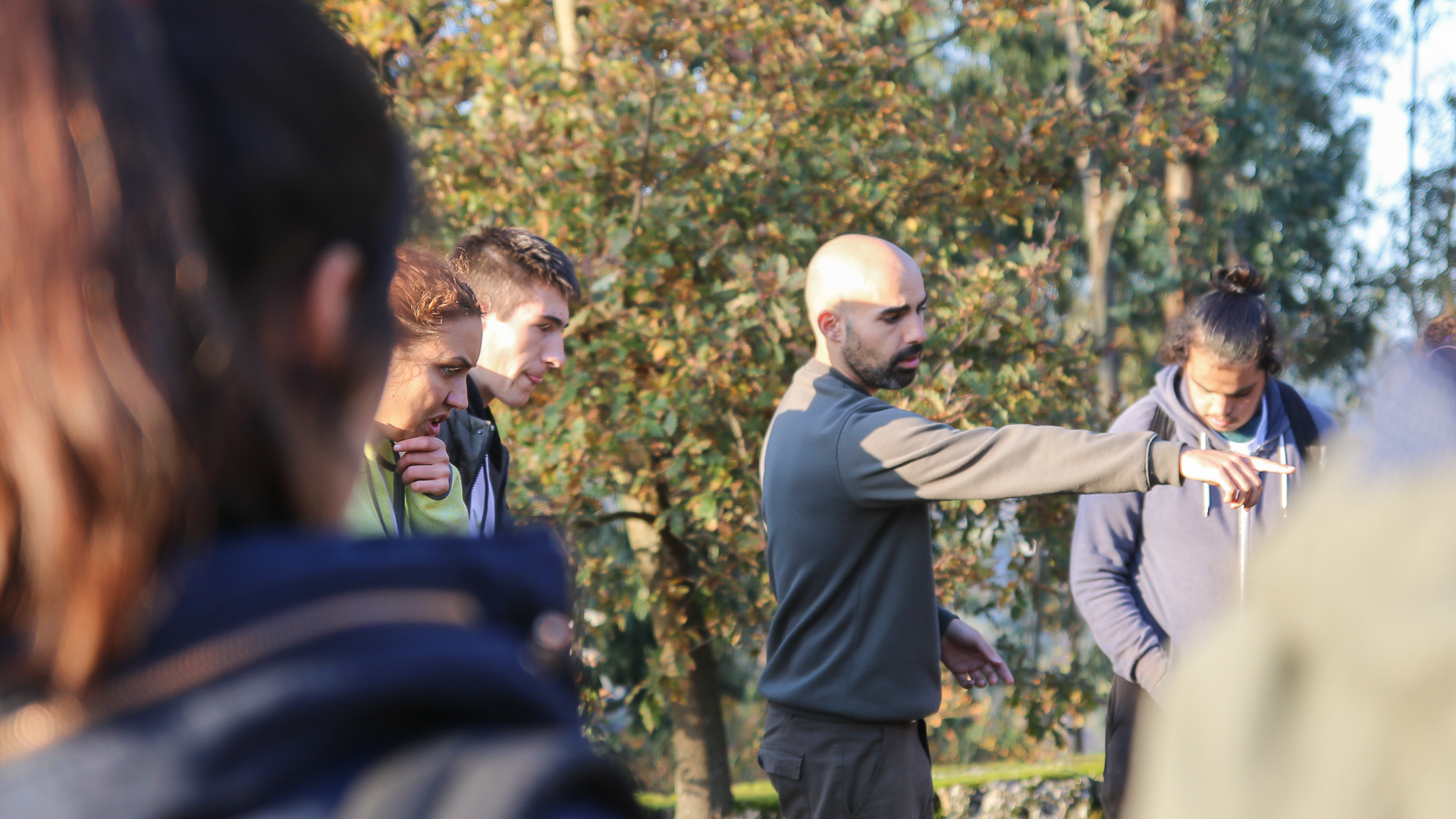 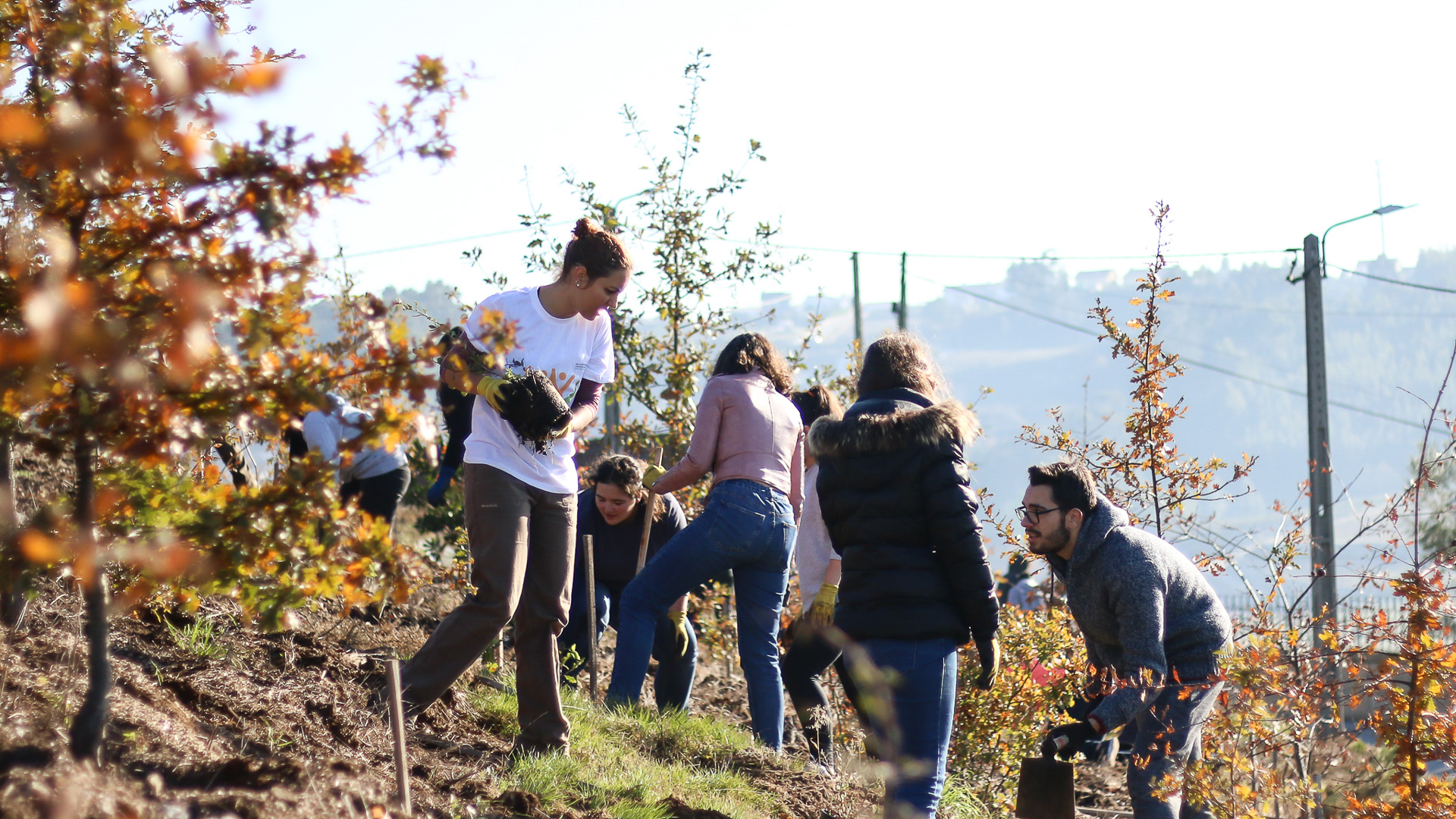 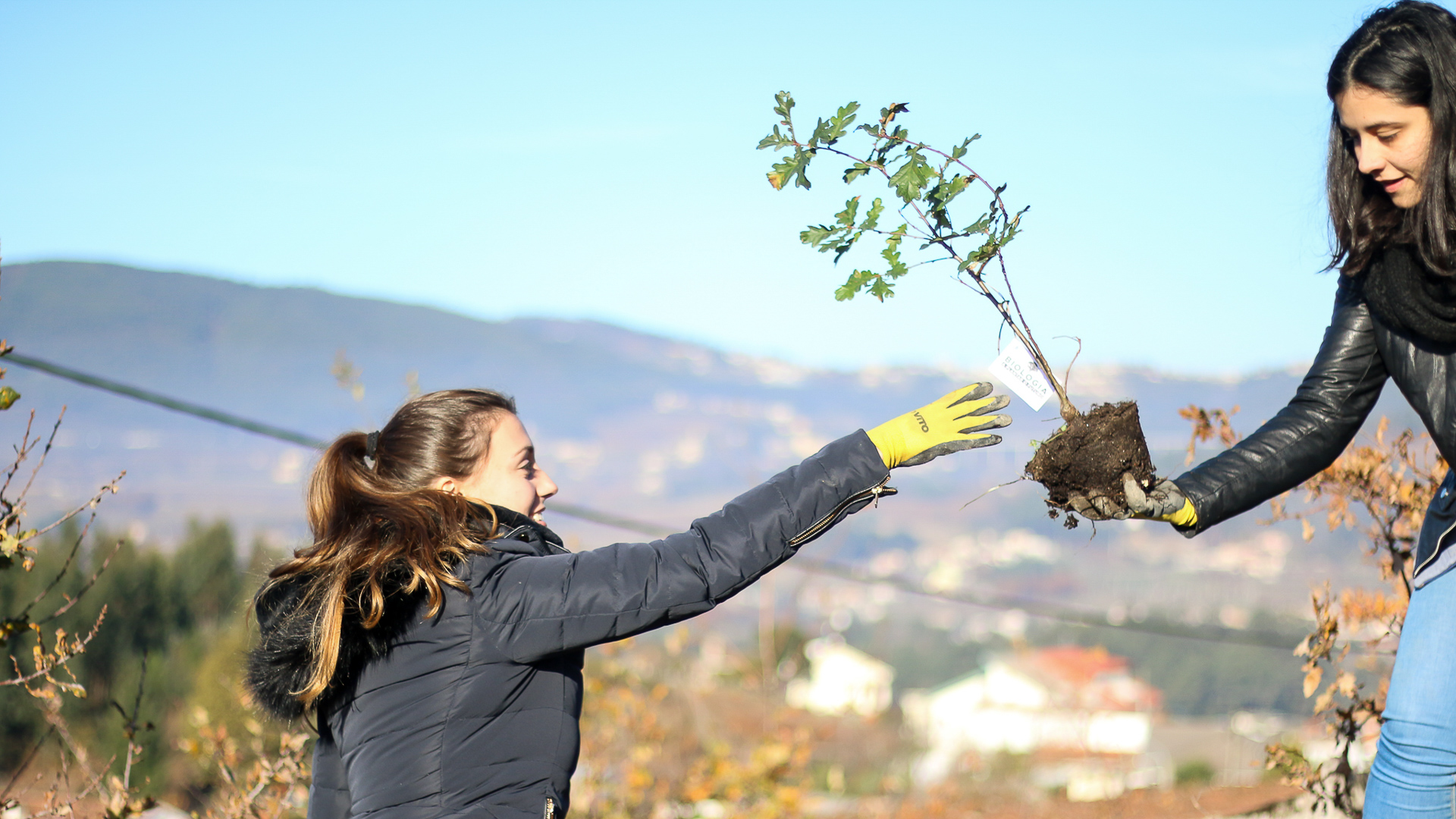 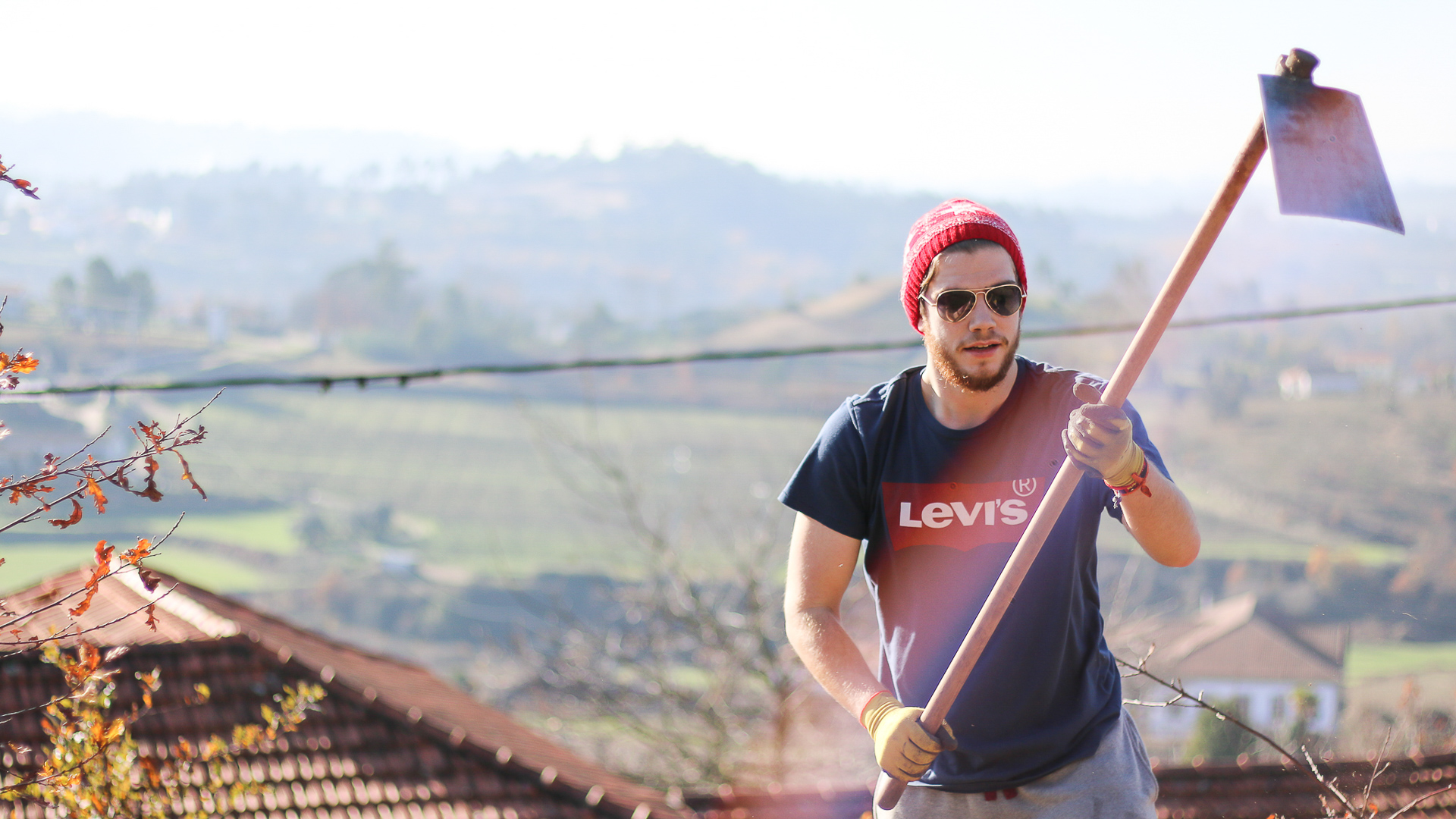 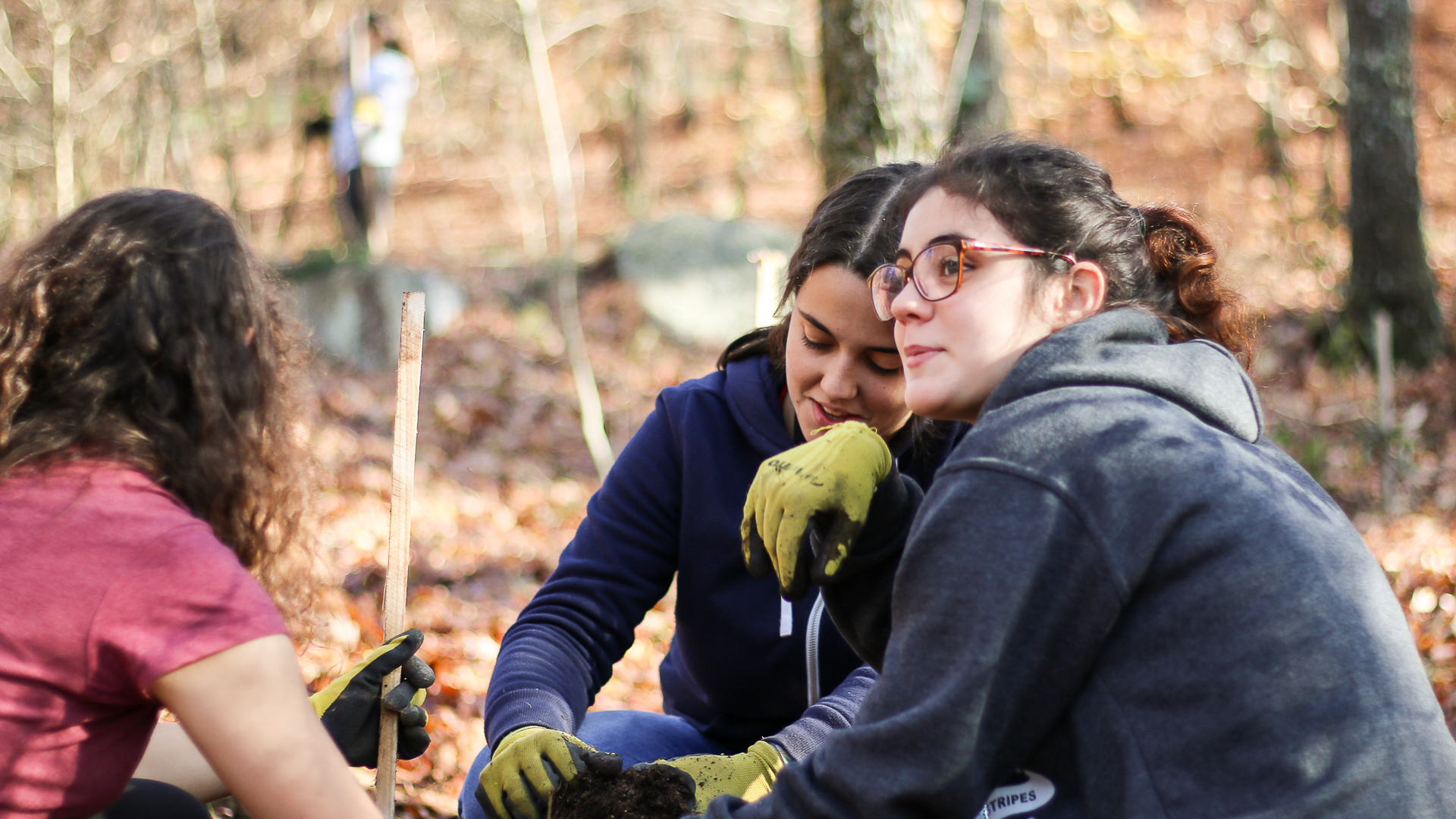 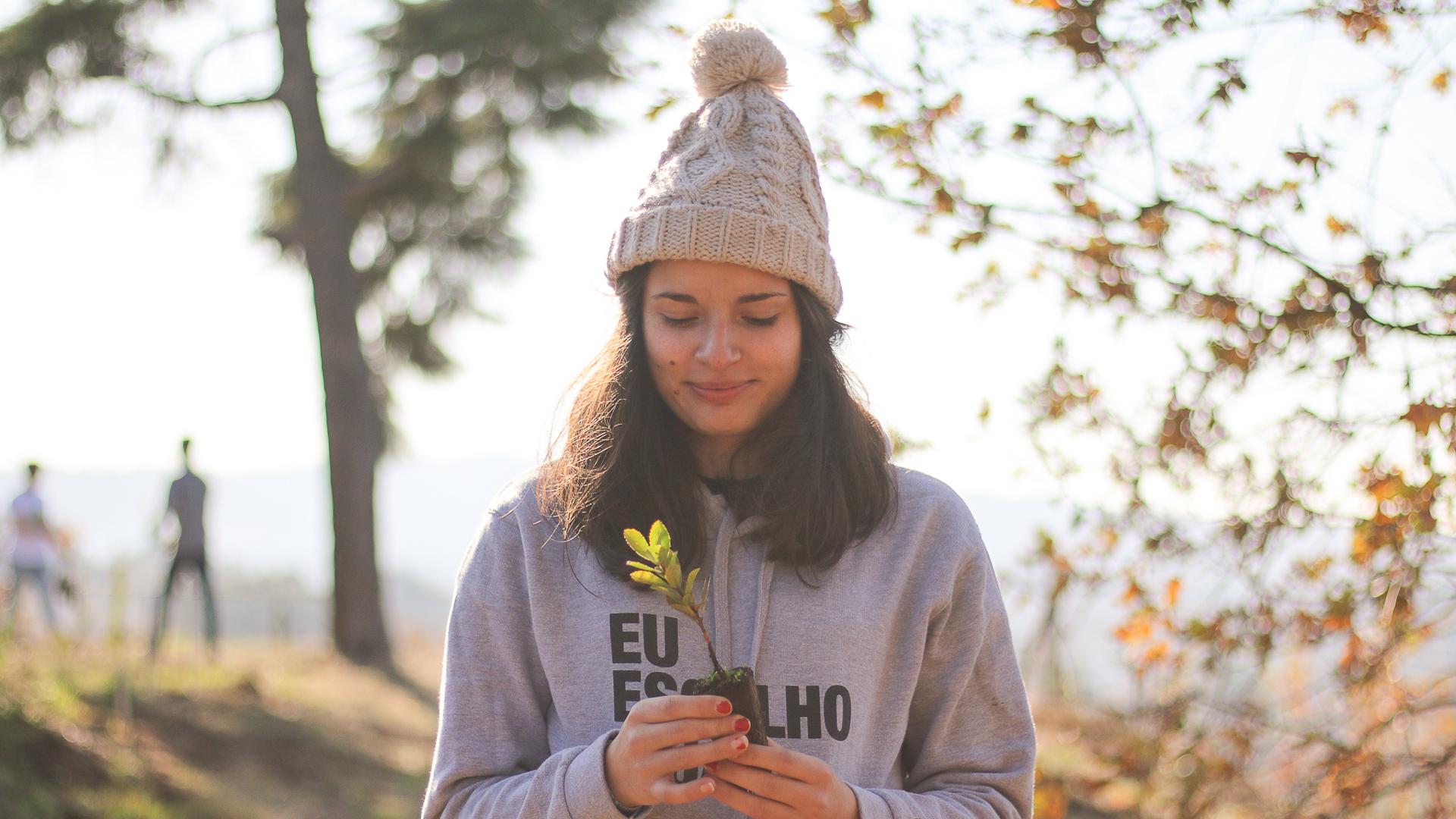 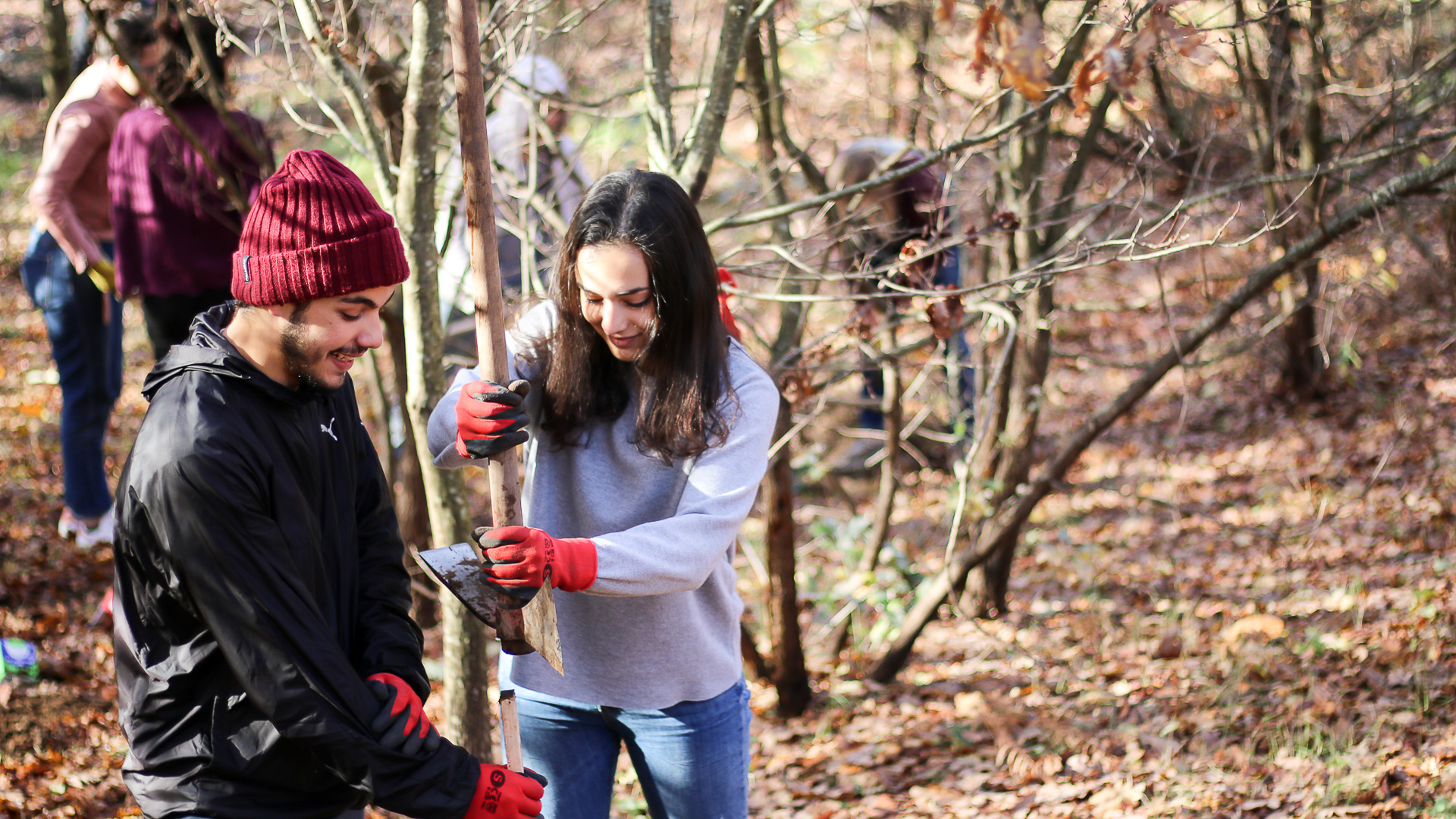 Created in 2014 by the Biology students of the University of Aveiro, the Biology Planting the Future project challenges students to do more for the forests. In a year in which the country was devastated by numerous fires, hundreds of homes were destroyed and so many lives were taken, the young people show that they too can make a contribution to the country's recovery.

As in the last editions, this year, at the beginning of the school year, native trees were given to 1st year students of Biology. These are trees originating from the territory itself, which, because of their resilience and because they do not allow the development of large vegetation under their canopies, make it difficult to deflagrate and uncontrolled propagation of fires. The students patronized the trees and were responsible for treating them for more than a month. This year, also the research units, professors, researchers and employees of that Department, joined the initiative. It was also sown the acorns that will give rise to the trees that will be delivered next year.

On December 16, we went to the Vilar Forest, in the Municipality of Lousada, in Porto District, to transplant the trees. This is a forest area, with about 14 hectares, considered the "lung of Lousada". Recently it was the target of an intervention by the Municipality to eliminate invasive species such as eucalyptus and acacia. The "Biology to Plant the Future" was thus part of the "Plantar Lousada" project, promoted by the Municipality with the technical support and guidance of the BioLiving Environmental Association.

With a team of more than 60 volunteer enthusiasts we have far exceeded the forecasts. Instead of the 300 trees that we count to plant, we reached very close to 600. More than one hectare of that forest was intervened and there will grow a mixed forest of oak-alvarinhos, holm oaks, arbutus, cork oaks, laurel trees among other autochthonous species. In addition to the plantation, there was a sowing of cork oak and alvarinho oak and an interpretative walk through the forest to get to know the biodiversity of that fantastic space.

In addition to the hundreds of trees planted, there is the feeling of duty fulfilled and the hope that more actions of this kind will be born throughout the country, for the defense and recovery of the Portuguese forests. Who knows, next year, maybe the project will grow even more!

This project was a collaboration between Agora Aveiro, the BioLiving Association and the Biology "Comissão de faina". It counted with the support of the Municipality of Lousada, the Nucleus of Biology Students and with the Department of Biology. 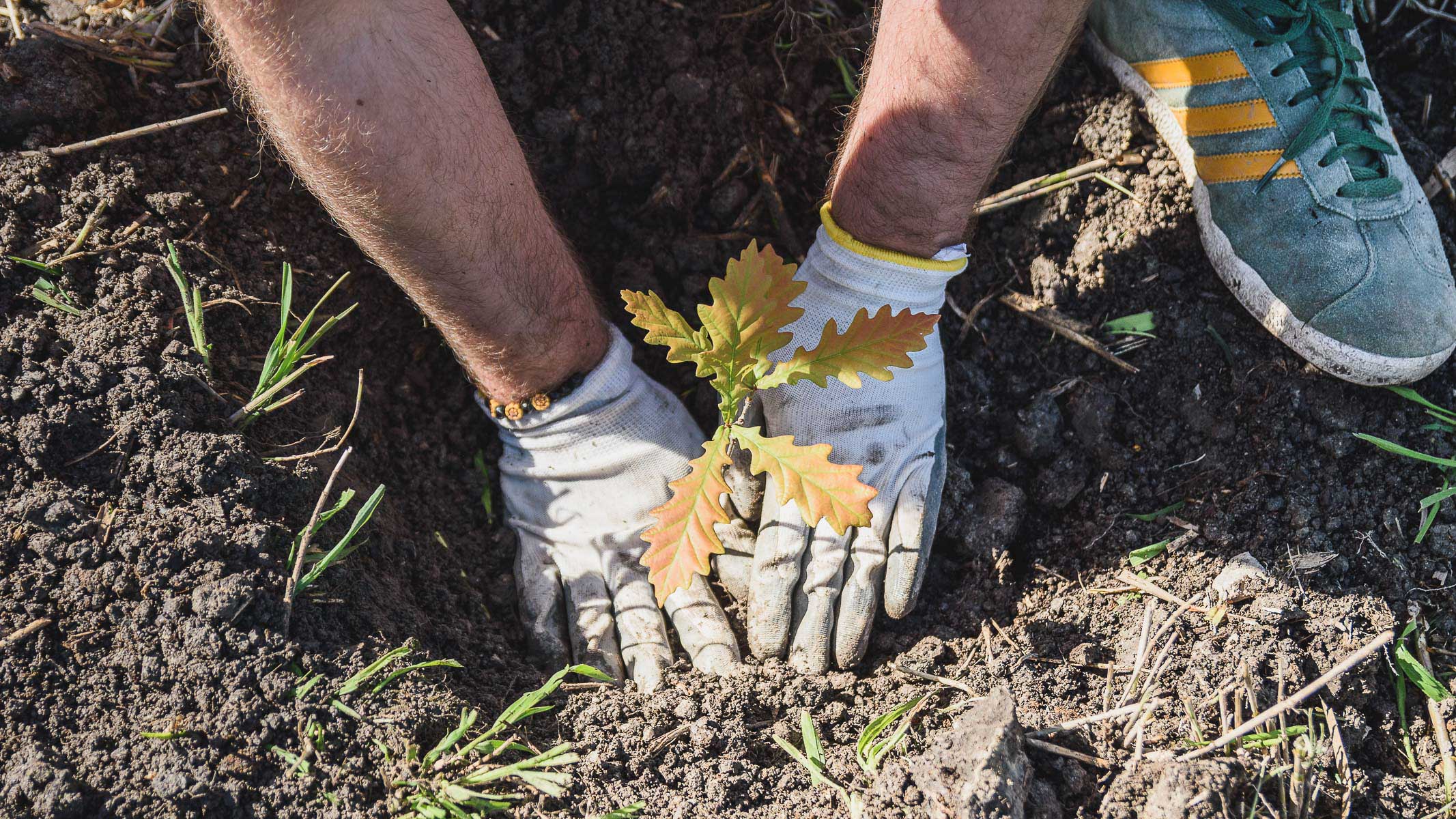 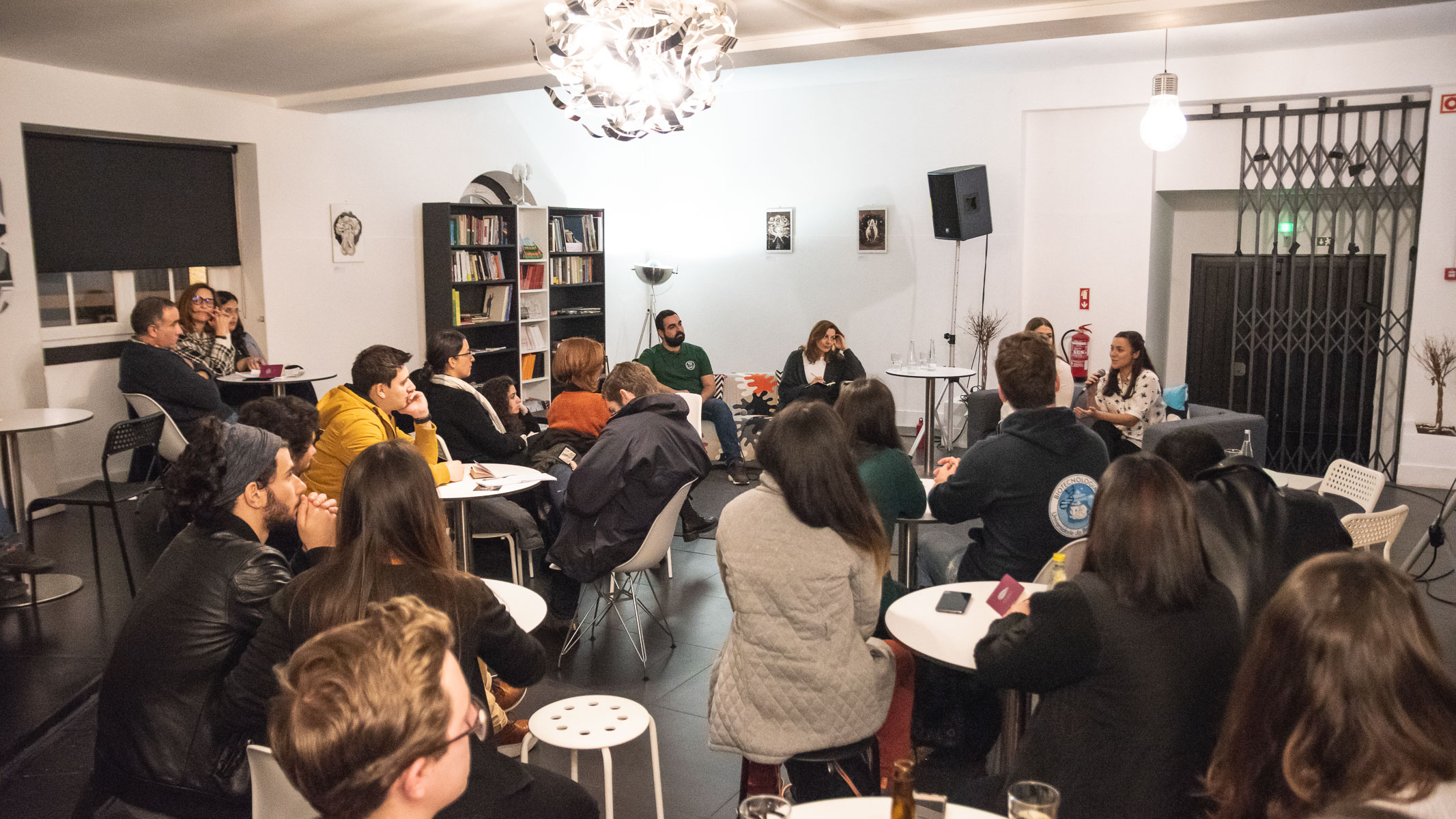 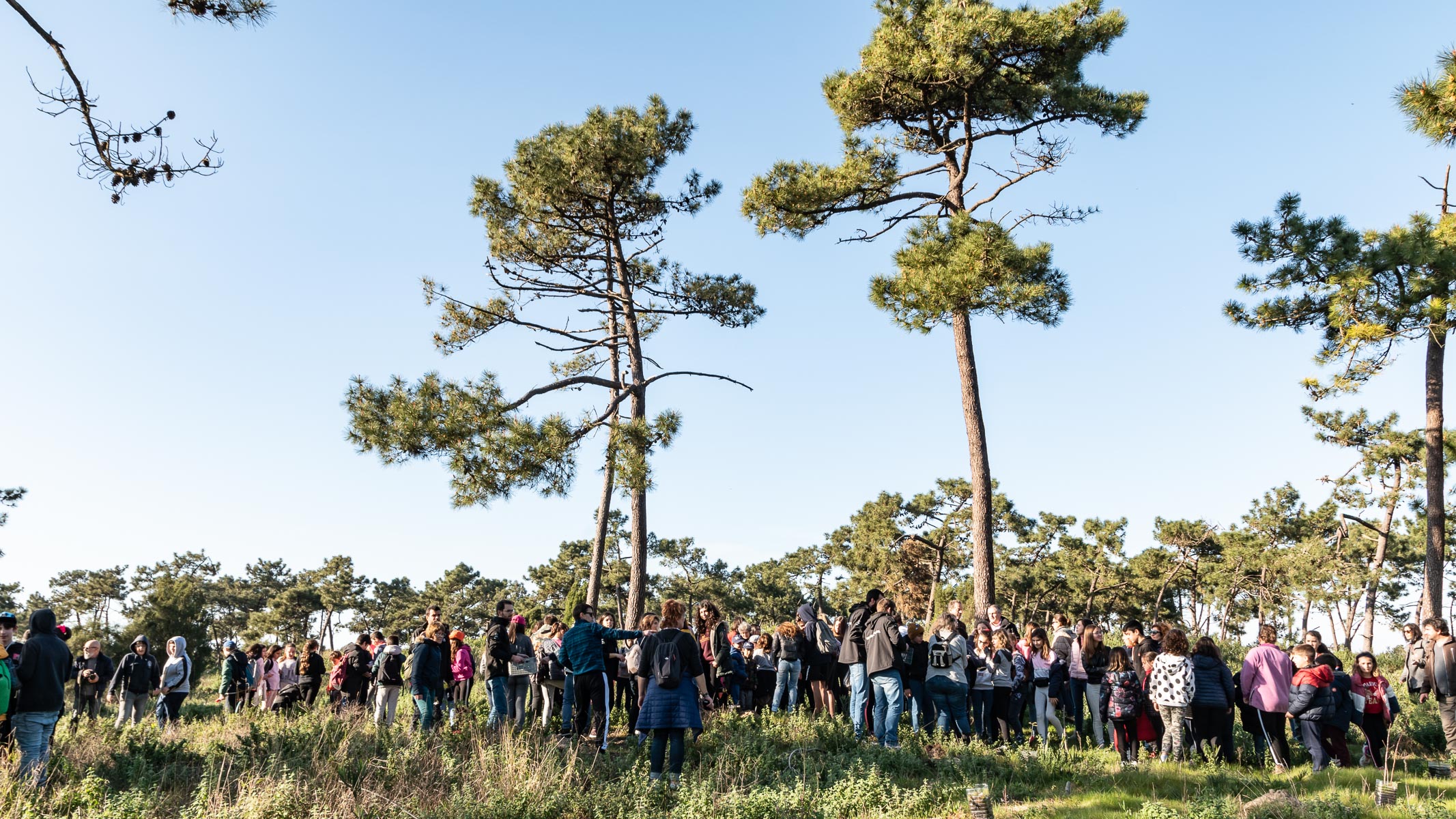 From acorns to trees in the soil