YALA: An EVS project in Aveiro

It is a sunny day in Aveiro and several tourists are walking through the streets. Seated at the coffee table are four youngsters who seem to take a break on a weekend at the discovery of a new city, in the image of those who frantically seek to capture under their gaze the corners of the city. 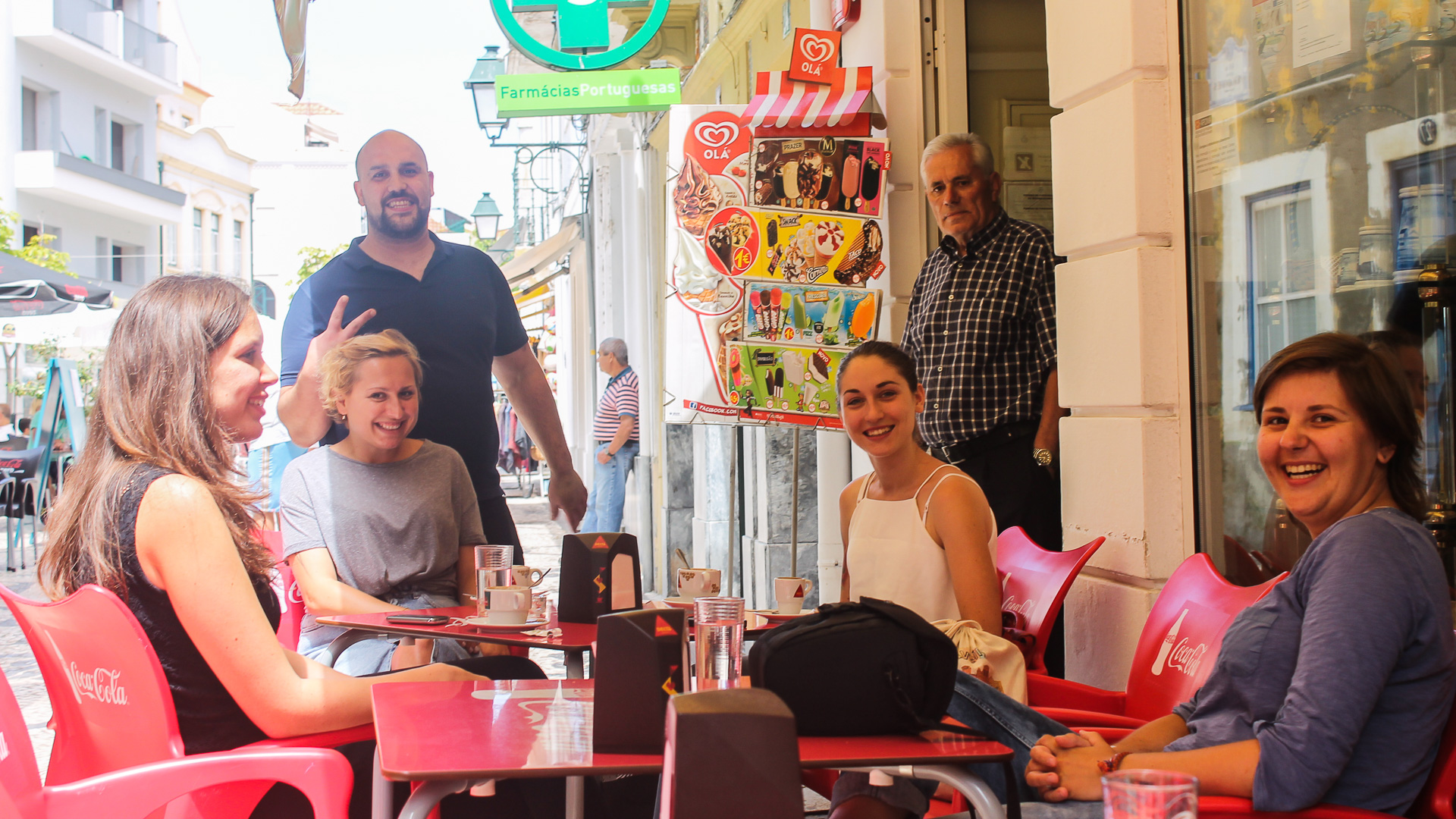 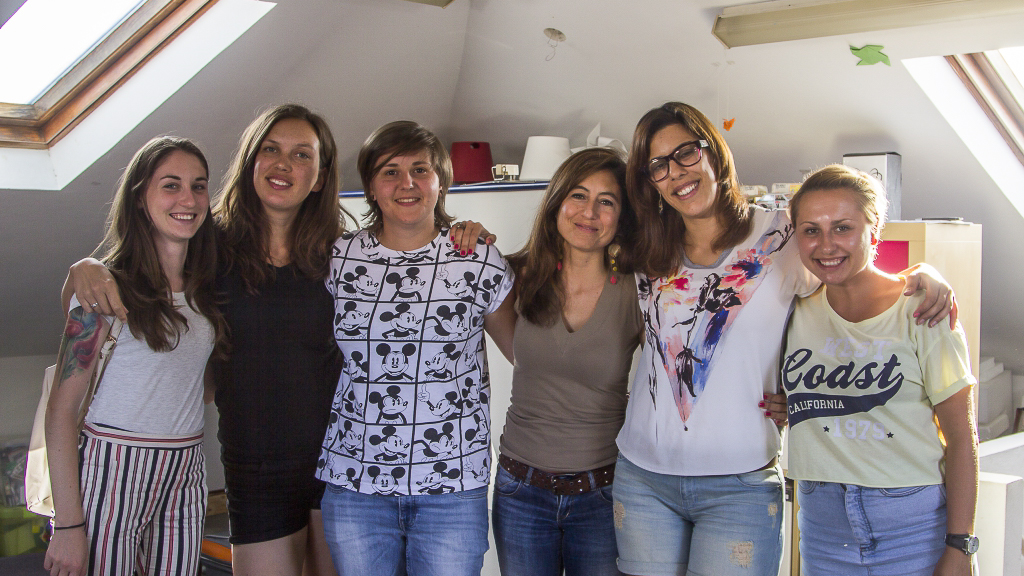 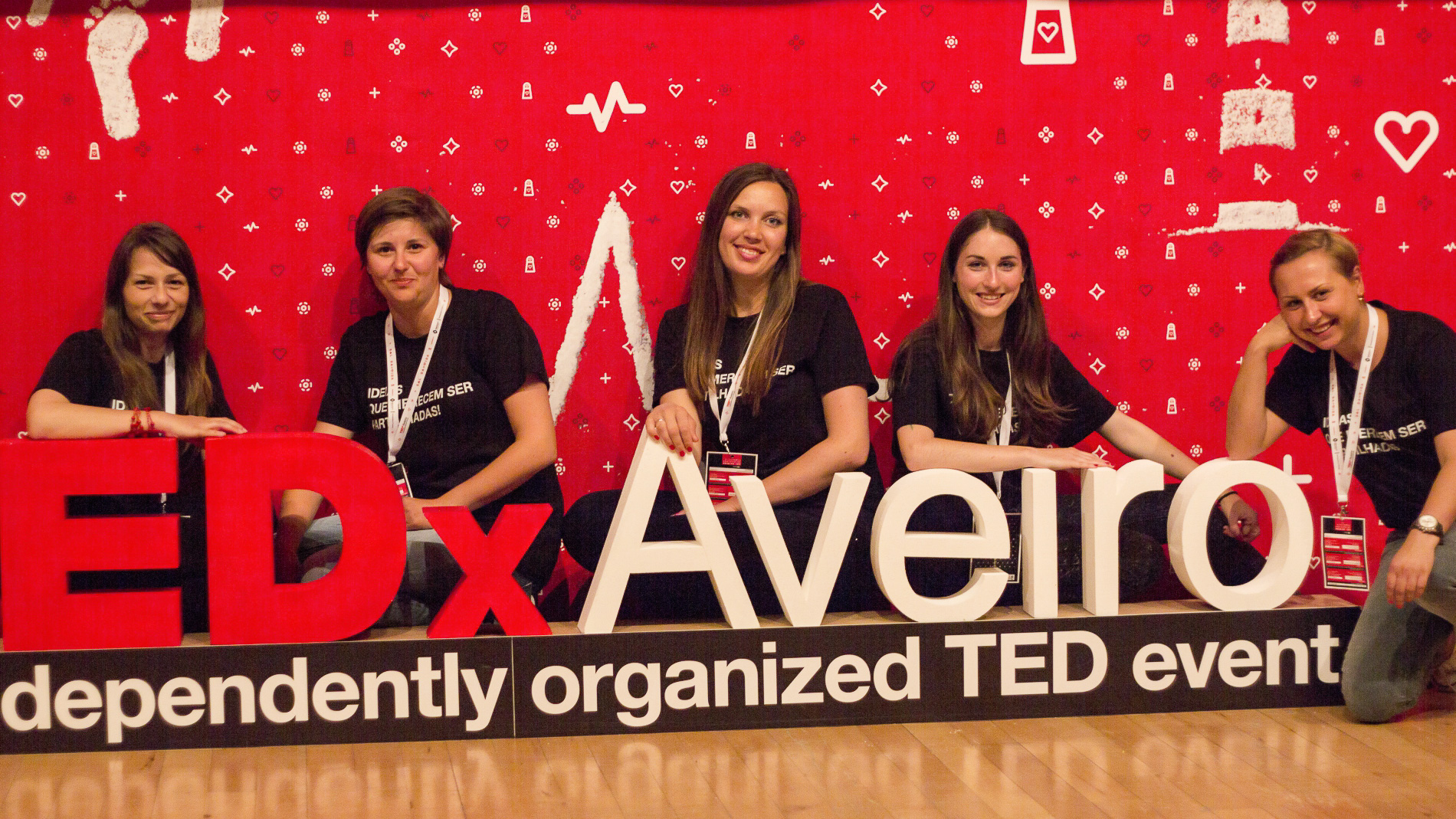 The naturalness with which they ask for a “galão”, in an upright Portuguese and easy laughter for the employee, betray them. In recent months, Jasna Vejić, Tea Vukicevic, Tatjana Vaselova and Wiola Starczewska have been living in Aveiro as volunteers in a project associated with the European Voluntary Service and hosted by Agora Aveiro.

Nataša Golosin, born in Serbian and Portuguese citizen, is Project Manager at Agora Aveiro and coordinator of the YALA (Your Active Life in Aveiro) project. "EVS is a program financed by the European Commission in which any young person (aged between 18 and 30 years old) can experience volunteering abroad in various institutions", says Nataša. Considered by many as an unique experience, EVS allows, according to Nataša, "to gain experience, improve language and social skills, learn from colleagues and establish new friendships." There are two basic modalities, the short duration of 2 weeks to 2 months, and the long duration of 2 to 12 months, and there may be only one application for each modality.

Our interviewees have been in Portugal for 5 months. During this time the 4 girls got involved in numerous activities, having difficulty choosing the one they liked best. In addition to organizing some "guerrilla" actions for which Agora Aveiro is famous - hugs and kisses spread all over the city, they used clothes that they did not use to deliver it to the most needy and organized the first "Biblioteca Viva" in Aveiro where, instead of books, readers read other people, listening to their life stories. They also helped in TEDxAveiro, created a new website for the association and organized a large youth exchange with 35 participants from 7 different countries, WAVE2, in São Jacinto.

Everyone agrees that the application process was easy. For Jasna, 26 from Croatia, the most difficult part of the application was the decision whether or not to do the EVS. With a master's degree in sociology and some work developed in the area of social support, Jasna had never lived abroad, but found in EVS a good chance to gain professional experience. According to Jasna, when asked about the city and its expectations, the answer was: "The people I met here accepted me and did their best to make me feel like I was part of this charming city, with good ambience and in which I want spend more time in the future".

For Tea, 24 years old and a graduate in economics, the city was nothing new. This is because she held her Erasmus year in Aveiro and decided to return. According to her, "the meaning of EVS will be learned along the way as it is realized." For this Croatian, her expectations were completely fulfilled.

But perhaps it is Wiola, a Polish blogger with a master's degree in political sciences and a specialization in Media, who can best assess life abroad. After studying and working in Denmark, she lived in London, Brussels, Brazil and Greece before arriving to Aveiro. About her contact with other cultures, she highlights the Brazilian spirit and the enviable Danish quality of life. Incredibly, for Wiola, 27 years old, Portugal has almost the same quality of life as Denmark. Regarding the city, Wiola agrees with Jasna: "It's perfect for an EVS! I am very happy that I am not in Lisbon because, as you have now shown, you just called me to go downstairs and to be here for coffee. In smaller cities there are more opportunities for integration into society and this favors my goal for EVS, which was to continue to learn Portuguese.” Wiola continues "What joined us in the sharing was Agora Aveiro".

Nataša explains to us how, annually, the association receives 3 to 4 volunteers and sends young people from Aveiro abroad. She also says that "it has been incredible to see them get confused and a bit scared but after 6 or 7 months they do not want to go home. It has also been great to receive letters and photos from young Portuguese people living in remote villages in Hungary or Slovenia, in the middle of nowhere in Iceland or in vibrant cities such as Zagreb, saying they have learned a lot and only regretted that they could not have this experience more than once." The volunteers agree that this is an unmissable opportunity, leaving some recommendations to future candidates. "They should do EVS while they are young, before the age of 25. At university we do not learn certain competences inherent to EVS like living abroad independently or interacting with people from different cultures. It gives us something that schools cannot teach."

As for Tatjana, 27, from Latvia, "There is not a single script for EVS; just dive in and see what happens. Be active, try to do everything possible so that your EVS is the best possible experience. Most things depend solely on you and your attitude. Make friends, have fun, travel, keep an open mind, try something new.” Tatjana also took advantage of TEDxAveiro, which Agora Aveiro organizes, to develop professionally in her professional area, audiovisual media arts, with this experience ending up to be part of her masters’ thesis.

It’s almost sunset and it is time to leave. Also, this project, close to completing 7 months, is near its end. We say goodbye to each other, waiting anxiously for the next meeting; who knows where.